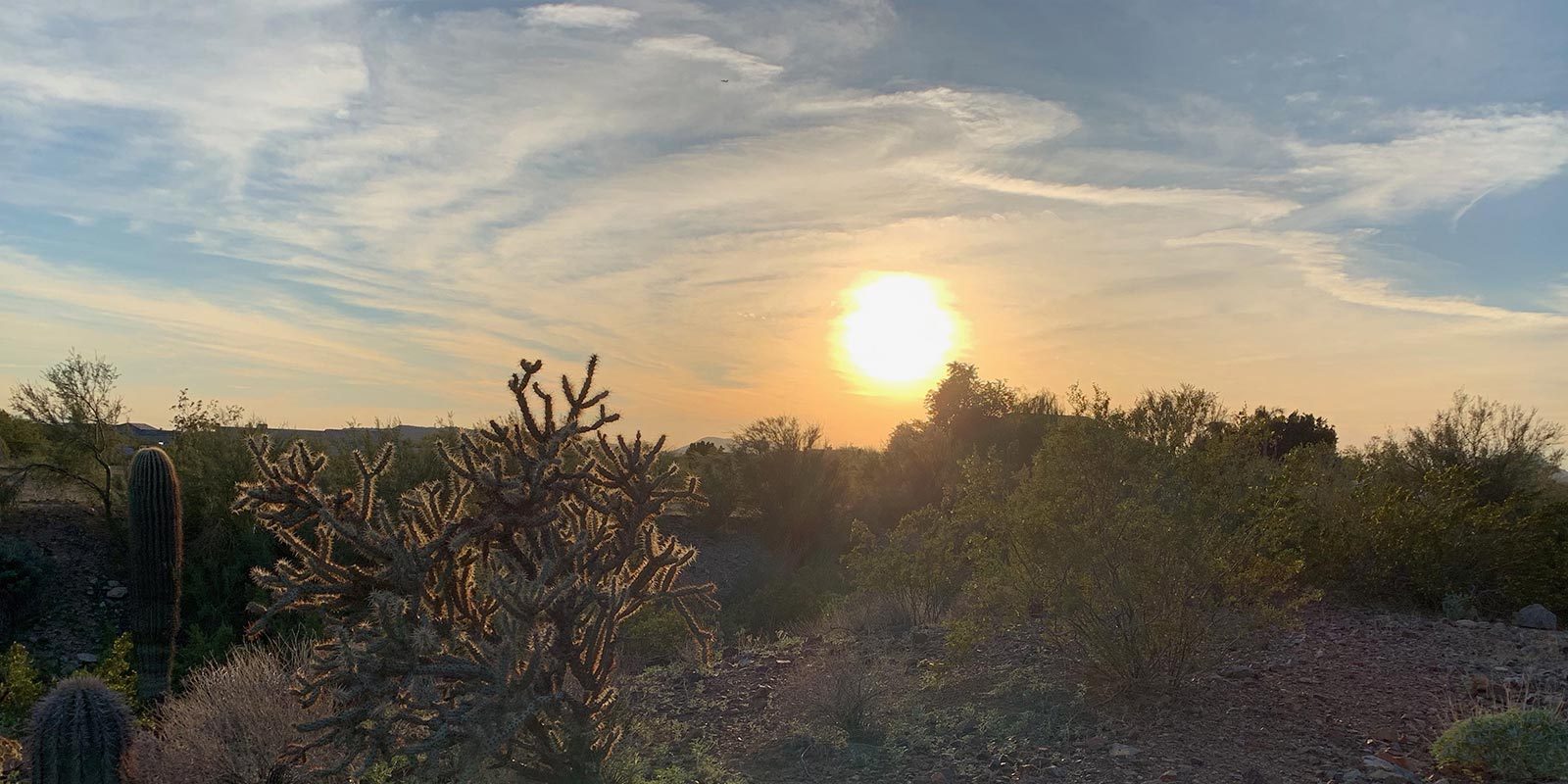 When we talk about “invasive” plant species, we’re talking about proliferation of plants that actually displace native plants and do harm to the local ecosystem. Many people have the mistaken belief that as long as plants are natural and growing that they are not harmful. This is not the case, and local plant ecology can be affected by invasives just as habitat can be damaged by invasive animal species that do not belong there.

The Arizona Department of Agriculture publishes and updates the official Arizona Noxious Weeds list. The most recent list became official in January 2020. Noxious weeds are those that aggressively displace native plants and quickly spread along highways, waterways, or urban and natural landscapes. This list signals to agencies and the public the need to actively control the spread of those species.

These are the most threatening plants that are currently considered invasives and noxious to native Arizona ecosystems: Buffelgrass, Fountain Grass, and Stinknet. All three are spreading through the Sonoran Desert and threatening our distinctive native Sonoran Desert plants. 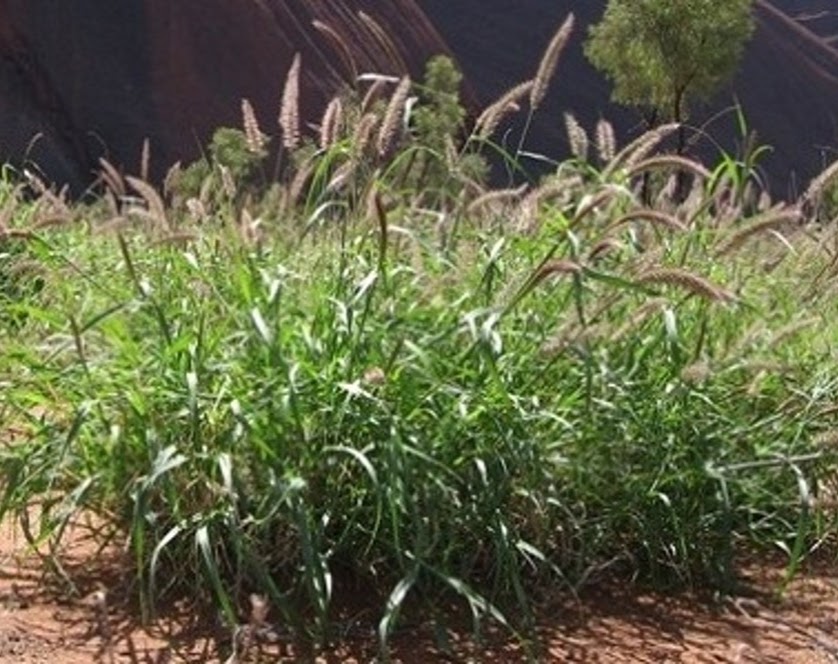 Buffelgrass was introduced to Arizona by the US Department of Agriculture in the 1930s for cattle forage. It was introduced from South Africa. The USDA grew seed for distribution and planting in Arizona until the 1980s. By the 2000s Buffelgrass had escaped into deserts, roadsides, and desert mountain slopes throughout the Sonoran Desert regions of Arizona. Buffelgrass was classed as an Arizona noxious weed in 2005.

Please see the Resources links for more information about Buffelgrass and recommendations on how to control it. 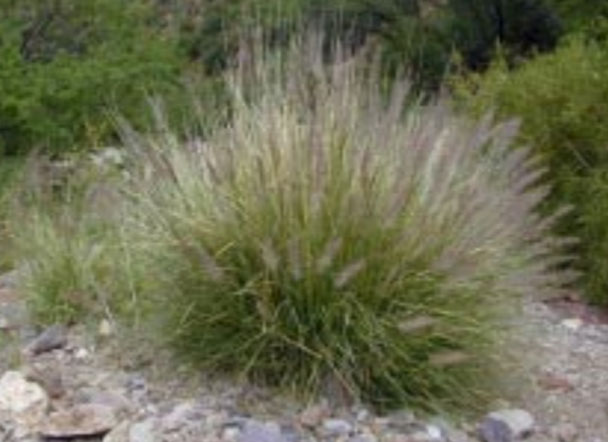 Fountain grass is a handsome perennial bunch grass native to Africa, southeast Asia, and the Middle East. It was brought into Arizona by the nursery trade as early as 1940 in Tucson. Fountain grass has been extensively planted in urban landscapes, including resorts and golf courses. Fountain grass has escaped cultivation and spread along roadsides and into riparian wildlands throughout Central and Southern Arizona. It was listed as an Arizona noxious weed in January 2020 and is no longer sold by the nursery trade. 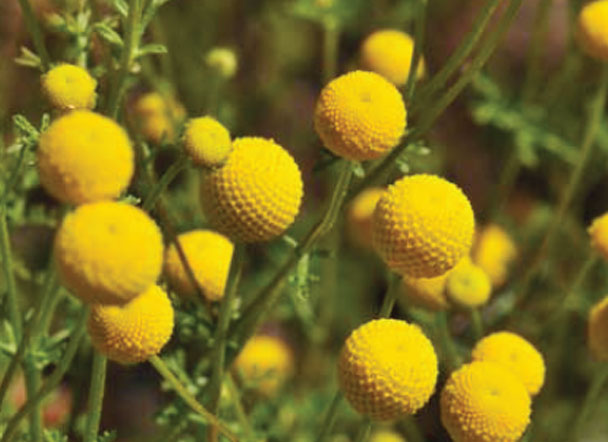 Stinknet (Oncosiphon piluliferum) is a relatively recent and problematic arrival to Arizona. This plant is spreading rapidly in both urban and wild areas and can quickly dominate a landscape. This little winter annual (6-24 inches) has only recently been recognized as a prolific invasive weed in the Phoenix Metropolitan area and elsewhere in Arizona.

Stinknet, also called Globe Chamomile, is native to South Africa and was classified as an Arizona noxious weed in January 2020. The weed has spread from severe initial infestations in northwest and north Phoenix into metropolitan Phoenix and now has a foothold in Tucson and Ajo.

Emergence starts in late November and plants can continue to germinate and emerge through the month of May in wet years. Leaves appear “carrot-like,” dark green and twice dissected, and have a strong odor. Flowering starts in February and can continue through May. Flowers are bright yellow and ball shaped.

Plants grow in dense clusters and easily displace native vegetation. During growth the plants can cause severe allergic reactions, both dermal and respiratory. Infestations spread rapidly along roadways and open fields in residential areas. Dried dense patches are highly flammable.

Please see the Resources links more information about Stinknet and recommendations on how to control it.

Use of Herbicide to Manually Remove Buffelgrass